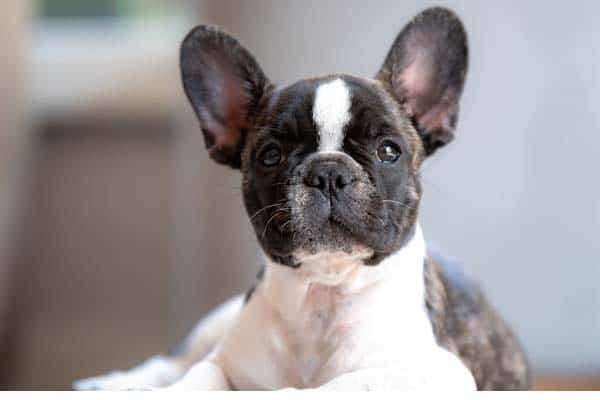 You have probably just adopted your amazing new french bulldog and are ready to bring it to its new home.

You’re ready to shower it in affection, play with it, and just have lots of fun with your brand new companion. Before you get started with the fun parts of owning a french bulldog, you have to take care of the serious stuff first.

If your dog has never been owned or set up to get medical things taken care of, you will have a bit of work to do. You may have to take your dog to the vet to get cleared for any medical problems.

You might also have to make sure that it gets vaccinated and cured of any illnesses or diseases that it might have already.

Once that gets finished, you need to decide whether or not you want your french bulldog to be spayed or neutered. It is a big decision that all dog owners have to face.

If you’re confused about this decision, read on to get an in-depth guide to choosing the best age to get your french bulldog neutered.

Why Do Pets Get Spayed or Neutered?

Most of the time, people get their cats and dogs spayed or neutered because it prevents the animals from developing life-threatening diseases.

BlueHavenFrenchBulldogs suggests that neutering prevents a male dog or cat from developing cancer in the testicle area. It also helps fight off the opportunity for the body to create problems in the prostate area.

This is an essential thing that all pet owners should carefully consider before they settle into the adoption process. Make sure that you do extra research to find the best person to do this for your french bulldog.

Do You Have to Choose Between Spaying or Neutering?

Most people aren’t familiar with what actually happens when an animal is spayed or neutered. To take the confusion away, here is a simple explanation of the two:

When a female dog is spayed, this means that someone has removed her uterus and ovaries. They do this by cutting into her stomach and removing it from there.

When a male dog has been neutered, this means that someone has surgically removed the dog’s testicles.

Now that you know the difference between spaying and neutering, it is time to think about what age would be best to get this done to your male french bulldog.

What Is the Best Age to Get Your French Bulldog Neutered?

The answer can vary depending on the dog’s character and whether or not it has any medical problems already.

Most professionals would recommend that your french bulldog gets spayed or neutered anytime between the ages of five and ten months.

Timing can be pretty important since this procedure can bring out different traits in your dog, depending on its gender.

But when your male french bulldog has completed the puberty process, this would be the perfect time to get it neutered, regardless of anything else.

FrenchBulldogNews recommends that you wait until the dog’s sexual organs have fully developed first. Doing this will help the dog become healthier and develop a better personality and character.

YourPureBredPuppy suggests that doing it too early can lead to health problems later on in the dog’s life.

Most french bulldogs that have not been neutered will develop some traits and behaviors that most pet owners find annoying.

Marking territory, excessive barking, and aggressive behavior are just some of the side effects of a dog that has not been neutered.

There is also no set answer as to what age you should have your female french bulldog spayed. Some professionals would recommend that you get it done around the age of five months.

However, some people say that doing this so early can be a risk of tumor development. If that is in your interest, consult your veterinarian to get more information on spaying.

While most people believe that getting the dog neutered will change its personality, some people say that it is not true at all.

In fact, doctor Stanley Coren suggests that some breeds might become even more aggressive or problematic if they get neutered.

Again, consult your veterinarian to discuss whether or not this is the best option for you and your french bulldog. Every dog has its own personality and character. So no two dogs will react to something in the same way.

Why Should You Get Your Male French Bulldog Neutered?

Some people may disagree that neutering your male french bulldog will not change its character. But you should still consider neutering your dog for the health benefits that come along with it.

You care about your dog a lot, and you want it to be healthy. Why not do something that will improve its quality of life and help it live longer?

The first thing you need to remember is that neutering will help your french bulldog’s body fight against diseases and illnesses. Some of these things can turn cancerous pretty quickly and become fatal to your dog without you even knowing it.

While some people claim that neutering does not affect personality, it can help prevent negative and unlikable behavior.

Territorial and aggressive behaviors have been shown to diminish in dogs that have been neutered or spayed.

This is better for the owner because it helps to keep the dog under control when it is out on a walk or surrounded by other animals.

Keep in mind that doing this for your male french bulldog will not be painful. The veterinarian will most likely use a medicine to numb the dog so that it doesn’t feel the aftermath of the surgery.

Also, keep in mind anything you have doubts or questions about should be run over with your veterinarian before you make any drastic decisions. Always consult a real professional before you get advice from friends and family.

Check out this YouTube video for more information about getting your male french bulldog neutered.