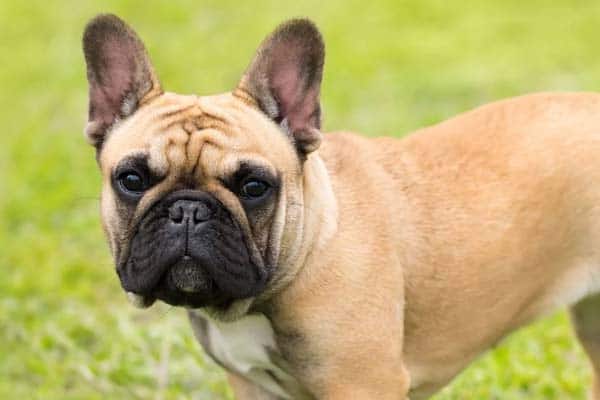 Raspberry has been known as nature’s candy. Since time immemorial, people have been picking and consuming raspberries.

It is known for its powerful antioxidant, making it one of the most favorite berries for human consumption. But can you possibly give the raspberry to your pet?

Pets like dogs, rabbits, guinea pigs, and hamsters love vegetables and fruits. Pet parents often give fruits and vegetables to their pet child because they see it as an alternative to commercialized pet foods.

However, if you have a French dog, can you possibly give it raspberries?

According to What Can Dogs Eat, Yes, you can! It is rich in fiber, vitamin C, and manganese. It is not sweet because it is low in sugar but high in xylitol. However, keep it in moderation because raspberries contain xylitol. Xylitol is a natural sweetener. This natural sweetener is good for humans, but a French Bulldog’s body is not designed to absorb and digest xylitol.

It means that having too much xylitol in their body can lead to the development of hypoglycemia, diarrhea, and constipation.

What Is the Eating Habit of a French Bulldog?

According to PetHelpful, French Bulldogs are known for being gluttonous. They sniff everything. They eat too fast. They are considered smart pets because they are easily motivated by treats.

This is one reason why obesity is one of the most popular fears of French Bulldog owners for their pets. This is also one of the reasons why some pet parents introduce fruits to their Frenchie’s.

What Can You Feed Your French Bulldog?

For an optimal diet, you can give your French Bulldog commercial dog food. Check for a dog food that says whole meat.

French Bulldogs love whole meat such as lamb, beef, and chicken. They also feed on salmon. When buying dog food, always check the label. Always check the first three ingredients on the label – that is what your Frenchie will mostly get.

Peas and lentils are also good for your Frenchie. You can find commercial products that contain peas among other vegetables.

A sweet potato is also a good option. To give your French Bulldog healthy and glossy-looking skin, feed it with food rich in healthy fats. Food with coconut and fish oil is your best bet.

Jordan Johnson, an owner of five French Bulldog believes that it is best to feed a Frenchie with raw food.

He believes that he can give the nutrient and proteins that his dog needs by giving them raw food. The downside is – it is more expensive and it takes time to prepare raw foods.

If You Can Give Your Frenchie a Raspberry, Can You Give It Raw Food?

Yes. You can give your Frenchie raw food, but it can be time-consuming. Remember that canned dog foods contain the same nutrients that raw food has.

The only difference is the high water content of canned dog foods. High-water content is an advantage because it helps in keeping your Frenchie hydrated.

When giving raw food, make sure that it is properly prepared. Make sure it doesn’t contain any allergens, no big bones, and hair.

What Fruits Can You Give Your French Bulldog?

Most French Bulldog loves fruits. They love playing with and eating it. You can always give your Frenchie a fruit if you give it in moderation. Remember that they love eating and if you keep on giving them something, they will keep on eating it.

Aside from raspberry, you can feed your pup a slice of banana, apple, mango, pineapple, strawberry, and spinach. You can also feed it with vegetables such as potatoes, peas, celery, carrot, broccoli, and cucumber.

Negative Effect of Eating Too Much Raspberry

Giving your dog raspberry is okay if you know how to control it. One raspberry is enough for a week. Raspberry is not sweet, but it contains xylitol. It is a natural sweetener and the human body has its way of digesting and breaking it down.

Dogs can’t burn or break down xylitol. If you will feed your dog raspberries continuously, xylitol will just stay in his system.

Among the effects of too much raspberry on a French Bulldog are obesity, diabetes, development of liver disease, hypoglycemia, constipation, and diarrhea.

What to Know About Feeding Your French Bulldog?

Whenever you give your Frenchie a treat, it will surely make it happy. They love eating. They don’t stop eating. This leads to some French Bulldogs being overweight.

You need to understand that a healthy French Bulldog shouldn’t be overweight. Being overweight can decrease their lifespan.

So always give them food in moderation. Whether it is their usual meal or some treats like raspberry or other fruits, give it in moderation.

For fruits, give them a type of fruit once a month. If you gave a raspberry today, the next raspberry treat should be next month.

When introducing a new food (fruit or vegetable), give it in the smallest amount possible. Just let your Frenchie taste it.

If your Frenchie asks for more, give a little more. Always remember that sweet fruits should always be given in moderation.

What Fruits and Vegetables Are Bad for Your French Bulldog?

If chocolate is bad for dogs, there fruits and vegetables that you shouldn’t give your dog as well. Eating avocado, corn, wild mushrooms, onions, and garlic has negative effects on a Frenchie.

It can cause allergies. If they can tolerate it, they might end up with kidney damage in the long run. Do not give raisin or grapes to your French Bulldog as well.

What Other Food Can You Give Your French Bulldog?

There are other varieties of food that you can give your Frenchie. You can let it taste Yogurt, dairy products, cheesy products, wheat, and grains.

Always observe how your Frenchie’s body and digestive system will react every time you introduce a new food.

When it comes to dairy products, some dogs are sensitive, and they end up with diarrhea. This might happen to your Frenchie so be aware.

Remember, your Frenchie loves sniffing and munching around. Don’t leave anything edible within its reach because it might end up in its stomach.