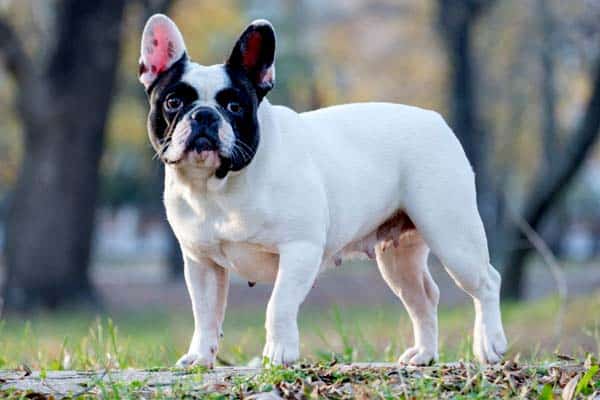 Most dog owners say they don’t give scrap food to their dogs. Yet unknowingly, they do! I am guilty. I am committing this mistake whenever I give my French Bulldog whatever I am preparing for my meal.

But then, is there a harm in giving my French Bulldog a ham?

Ham is meat. Meat is a high source of protein for dogs. However, ham is processed meat and comes with high-fat content. It also comes with high sodium. With these being said, it is not a good idea to give your Frenchie a slice of ham every day according to the American Kennel Club.

Is Ham a Healthy Food?

Wikipedia revealed that a study conducted in 2012 showed a correlation between eating processed meat and the risk of having pancreatic cancer.

If a person eats 50 grams of ham every day, it can lead to an increased risk of up to 19%. Different health studies supported this claim.

Unfortunately, among the list of identified processed meat products that can increase the risk of pancreatic cancer is ham. Other products included hot dogs, sausages, bacon. And pastrami.

If this food is not good for human consumption, how much more for dogs? Humans have a unique way of digesting and flushing toxins out from the body while dogs only know how to eat.

What to Watch Out When Giving Ham to Your Frenchie?

Ham is not purely lean meat. There are brands of ham that include cooked bones in their slob of ham. Cooked bones are soft and easy to eat.

However, if chewed by a dog, it can splinter into pieces, ingested by your dog, and can cause injuries on the mouth. What if your dog accidentally swallow it? The worst might happen, it can harm your dog’s internal organs according to Dogtime.

Because ham is processed meat glazed with sugar, you should be aware that it can also cause diabetes to dogs. Unlike humans, dogs cannot digest and burn sugar that they intake.

If they do, it takes time. Giving your Frenchie a ham regularly can lead to possible health issues.

Why You Should Avoid Giving Scrap Food to Your French Bulldog?

French Bulldogs love hanging around their pet parent. They love attention. If your Frenchie hangs around you even at the table, you should stop allowing them on the table according to FrenchieMania.

When you or a family member keeps on giving your Frenchie table scrap food, your Frenchie might end up eating more than it should have. Your dog might even do the same to your guests during occasions.

Make it a habit to feed your French Bulldog in his bowl.

When to Feed a French Bulldog?

How often should you feed your Frenchie? According to allaboutfrenchies.com, you can give your little friend small meals. It should be two to three times a day.

French Bulldogs are active but not active enough to burn calories, hence their food intake should be in moderation to avoid becoming obese.

French bulldogs are prone to becoming overweight. You should maintain a feeding schedule and an exercise schedule to balance your pet’s weight.

Some Frenchie owners limit their dog’s food intake to two in a day to ensure that its weight remains within range.

What Is the Importance of Properly Feeding a French Bulldog?

Why is it important for pet parents to know how to feed their pet babies properly? Dogs eating behavior varies from one to another depending on the breed. Some dogs eat fast, some eat slowly. Some dogs eat dry food while another breed prefers wet food.

When a Frenchie is overweight, they tend to move slower, develops heat problems easily during summer, and can easily develop medical conditions like diabetes and obesity.

What Are The Best Type of Foods for a French Bulldog?

What Are The Best Fruits for a French Bulldog?

French Bulldogs can eat fruits safely. Trending Breeds even identified fruits that you can give to your Frenchie. Just remember that anything you give should be in moderation especially if it’s a sweet fruit.

For your Frenchie, you can give it a slice of apple, banana, raspberry, strawberry, and almonds. Even if raspberry is not sweet, be aware that it contains a natural sweetener called xylitol. Xylitol can have a damaging effect on your dog if it eats more than enough.

What Food Can’t You Give Your French Bulldog?

Dogumentary TV believes in the importance of high nutrition meal for French Bulldogs because it helps them in staying healthy and happy.

If you are not sure whether your dog can eat specific food safely, check with a vet first.