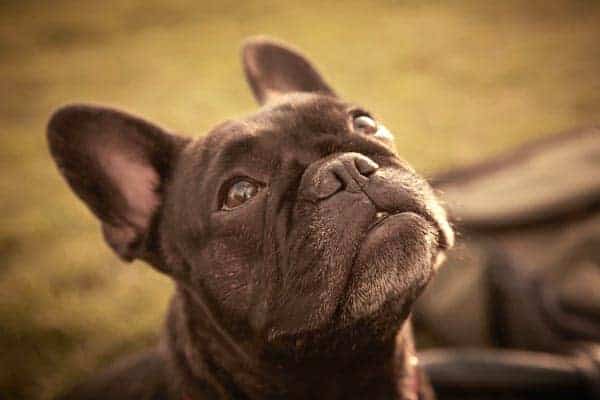 French Bulldogs have the kind of cute faces and sweet personalities that have endeared them to dog lovers all around the world.

Currently, the American Kennel Club (AKC) reports that the French Bulldog is the fourth most popular choice for a companion canine out of nearly 200 registered purebred dogs!

However, there is another fact that unfortunately isn’t nearly so well-publicized. This is that French Bulldogs can wind up being intensely high-maintenance.

Also, the main reason that Frenchies have been nicknamed the “heartache breed” isn’t just because they are expensive in every way to acquire and care for. It goes deeper than that into the history of the breed itself.

In this article, learn what you need to know about the high maintenance of French Bulldog.

As Monaco Frenchies breeder points out, French Bulldogs are one of the highest maintenance dog breeds you could choose.

This is both because of the French Bulldog personality and also because of their many known health issues, most of which relate to their short muzzle shape and flat faces.

In the remainder of this article, we will talk about why the Frenchie is so high maintenance and what you need to know.

In this owner-made YouTube video, you can watch a pampered French Bulldog go through his day.

Clearly, everything in the owner’s life centers around their Frenchie, which is exactly how these dogs prefer it – and expect it – to be.

A French Bulldog is a people dog through and through. They simply do not want to be without their people….ever. This is something to keep in mind if you really want a companion canine but have to be out of the home for hours most days.

What Makes the French Bulldog So High Maintenance?

There are two main reasons that the French Bulldog is said to be one of the highest maintenance dog breeds today.

The first is personality and temperament. The second is health. We will look at each one in turn here next.

As VetStreet reports, the French Bulldog is well known as a charming, adaptable pet dog.

But don’t mistake the word “adaptable” to mean “okay with being left alone.”

These dogs crave zero alone-time every day. This includes mornings, afternoons, evenings, and all night long.

Frenchies even want to sleep with their people, which is fine with most owners until they realize these dogs often suffer from sleep apnea and snore and snuffle loudly all night long.

Only the soundest of sleepers can tolerate sleeping every night with a French Bulldog in their bed!

And when awake, French Bulldogs don’t just want to be with you. They most often want to be right on top of you. They want to go where you go and do what you do and eat what you eat, which can (and often does) result in a very plump pet dog.

When a French Bulldog is left alone, and especially when it happens regularly, it is not at all uncommon to see these sociable dogs develop a full-blown case of separation anxiety.

This then results in a destructive French Bulldog that eliminates inappropriately in the house, chews the furniture, howls, and barks, and just basically turns your life upside down.

If this doesn’t sound serious enough to label a dog breed as the “heartache breed,” this is the section that will explain it all.

As ABRI French Bulldogs breeder explains, not realizing in advance just how serious and expensive the French Bulldog’s health issues can become is potentially setting you up for pure heartbreak.

What is it about French Bulldogs that make their health so heart-breaking? Here is an overview of exactly what you need to know about this difficult human-made dog breed.

The word brachycephalic translates to mean “short muzzle.” But to dog breeders and owners in the known, the word means a lot more than that.

Brachycephalic dogs – dogs like the French Bulldog that has a short, flat face – have truncated anatomy inside their heads. Everything that needs to fit – eyes, nose, tongue, teeth, tonsils, you name it – has less room.

French Bulldogs cannot exercise outdoors in warm weather because they cannot pant fast enough to cool down their bodies. They are prone to overheating.

French Bulldogs have short, narrow nostrils because the tissues that are supposed to be there get bunched up and constrict the breathing passage – often down to the size of a drinking straw! Only surgery can correct this type of issue, and only to some degree.

French Bulldogs often have an elongated soft palate, which is part of what causes their sleep apnea.

Sleep apnea in dogs is just as serious and potentially fatal as sleep apnea in people. Surgery is typically the only alternative since dogs can’t wear a breathing machine.

French Bulldogs often have gastrointestinal problems, some of which relate to their attempts to gulp down air while they are eating and drinking.

Another more severe problem that Frenchies experience is foaming at the mouth, vomiting, and regurgitation of their food. These issues relate to the elongated soft palate that can cause difficulty with breathing, sleeping, and digestion.

French Bulldogs with severely brachycephalic muzzles are prone to developing BOAS, or brachycephalic obstructive airway syndrome. This potentially life-threatening condition can also be caused by an unrelated genetic condition found in Frenchies.

BOAS often requires surgery to alleviate the worst of the symptoms. Some French Bulldog owners who cannot afford all the veterinary care their dogs need are forced to relinquish their Frenchies, which is a truly heartbreaking situation for everyone.

In this condition, the rings of cartilage that surround the dog’s internal airway, the trachea, cause the trachea to narrow. In severe cases, the trachea can collapse.

French Bulldogs with hypoplastic trachea are going to have even more severe respiratory issues than a Frenchie without this genetic condition.

Spinal, back, disc, and joint problems

French Bulldogs are prone to genetic spinal malformations that can cause permanent lameness or disability.

This breed also has a history of genetic joint malformations that can cause hip and elbow dysplasia and patellar luxation (trick kneecap).

The French Bulldog is known to have genetic cardiac and thyroid issues, including autoimmune thyroiditis.

Reduce Your Heartache By Working With a Responsible, Health-Focused Breeder

As you can now understand, the French Bulldog has earned its nickname as the “heartache breed.”

With a myriad of health issues and a temperament that is completely intolerant of being left alone, there are many reasons why Frenchies might not be the right dog breed for your lifestyle and availability.

Yet French Bulldogs are insanely popular and they are just getting more so every year. Celebrities have helped to popularize the dog breed as well – all it takes is to see Hugh Jackman or Lady Gaga on social media with their Frenchies and everyone wants one.

But there is a way to reduce the likelihood that you will bring home a pup with more health problems than you can handle.

The best way to ensures you choose the healthiest possible French Bulldog puppy is to work with a breeder that loves the breed and does all the pre-screening and genetic testing that is available.

This can rule out many of the health concerns, such as hip and elbow dysplasia, patellar luxation, autoimmune thyroiditis, cardiac and eye issues, and some degree of risk for BOAS.

When you choose a health-focused breeder, the price of your French Bulldog puppy might be a bit steeper on the front end. But the money you will save on healthcare treatments later will more than makeup for your higher front-end investment.

Best of all, you won’t have to watch your precious French Bulldog suffer because their breeder didn’t know to do health tests or choose parent dogs with longer muzzles. This sets you free to do what French Bulldog owners do best – enjoy time with their dogs.